Book Review: The Price of Time 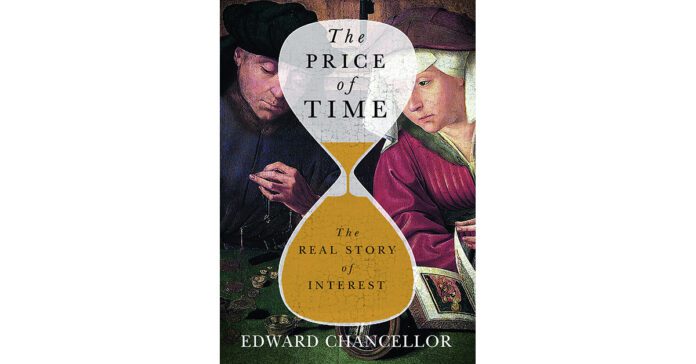 Were a freshman economics major to inquire about the subject, I would tell them to start with the marvelously entertaining video called “Fear the Boom and Bust: The Original Keynes vs. Hayek Rap Battle.” I’d then hand the student a copy of Edward Chancellor’s The Price of Time.

It is no secret that productivity growth is slowing worldwide; for example, in the United States, it fell from 2.8% per year between 1947 and 1973 to 1.2% after 2010. Things are worse in Europe and Japan, with productivity growing at less than 1% per year for a generation.

Most famously, Robert Gordon of Northwestern University primarily blames the slowing pace of technological innovation. Professor Gordon and I must be exposed to different versions of the scientific literature, which to my reading bursts at the seams with evidence of technological progress. One unsexy, unremarked, but nonetheless momentous example: The Bosch–Haber process supplies most of the world’s fertilizer. This high-temperature chemical reaction consumes enormous amounts of fossil fuel, but the past decade has seen enormous advances in low-temperature catalysis that promise to both increase agricultural productivity and cut down on greenhouse gas emissions.

Larry Summers (and before him, Alvin Hansen), however, blames “secular stagnation,” which ascribes falling productivity to an aging and thus less vigorous and intellectually nimble workforce. The problem with this explanation is that it does not fit the demographic data. Anecdotally, for example, the Roaring Twenties followed a long period of slowing population growth, and more systemic data show no relationship between population growth and the economic variety of growth.

He starts by discussing Swedish economist Knut Wicksell’s concept of the natural rate of interest, r* (r-star), below which inflation results and above which deflation occurs. While a skeptic might point out that r* is unobservable, it has been eminently clear for the past two decades that we are in monetary terra nova with prevailing rates well below r*.

Chancellor’s central thesis, buttressed by extensive academic research, particularly from the Bank for International Settlements’ Claudi Borio, is that interest rates below r* promote a number of macroeconomic evils; call them the “Four Horsemen of Cheap Money.”

The first horseman is malinvestment. Rates below r* drive capital into projects with lower-than-normal expected returns; in other words, cheap money decreases the natural “hurdle rate” for investment. Think about the billions in investor cash that trained an entire generation of millennials that a crosstown ride should cost about $10 or, more generally, about the overinvestment in real estate, one of the least productive sectors of the economy.

The second horseman is bloated asset prices. Again, think especially of the societally corrosive effects of unaffordable housing or, more generally, of the increasing concentration of financial assets in the upper percentiles of wealth, whose relatively low marginal propensity to consume further depresses economic growth. After all, if you direct income to poor people, they will only blow it on food and shelter.

The third horseman, the financialization of the developed world’s economies, is perhaps the most insidious of all. Chancellor points out that by 2008 in the United States, “the output of the finance, insurance, and real estate sectors (FIRE) rose to be 50 per cent larger than manufacturing. The country possessed more [real estate] agents than farmers.”

This financialization drove companies to load up on cheap debt, with disastrous unintended consequences. Prime among these were buybacks that starved ongoing operations, capital investment, and R&D. Additionally, debt-fueled acquisitions increase industry concentration, which, in turn, savages consumers. Moreover, the natural response to cheap debt is to incur more of it, thus guaranteeing an eventual conflagration.

The fourth horseman of cheap money is the “zombification” of companies that in a normal interest rate environment would have gone bankrupt. One of the book’s most enjoyable and edifying sections compares properly functioning Schumpeterian creative destruction with a healthy forest. When forests are left to themselves, fires cull the least healthy trees and permit resilient young ones, whose growth would otherwise be stunted by bigger but diseased older ones, to flourish. For many decades, the US Forest Service aggressively fought fires, only to realize that this eventually resulted in giant conflagrations in acreages allowed to grow ecologically senile. Chancellor makes a convincing case that something similar has happened with monetary policy and that much of the fault for today’s low-productivity global economy can be laid at the feet of the overgrown forest of unhealthy zombie companies kept alive on low-interest life support.

Perhaps the book’s most profound observation about low interest rates is that while their salutary effects on asset prices are plainly visible, the newly wealthy are far slower to perceive that the same thing has happened to the present value of their liabilities. Another fascinating observation: Low rates, by allowing manufacturers to push the production process further into the future, encourage the lengthening of global supply chains that can encompass multiple intercontinental voyages. If and when rates rise, globalization will of necessity go into a hard reverse.

Chancellor, who well understands that Schumpeterian creative destruction requires a vigorous social welfare system, is no jumping-up-and-down libertarian. He approvingly quotes Tyler Cowen’s observation that “over the last few decades, we have been conducting a large-scale social experiment with ultralow savings rates, without a strong safety net beneath the high-wire act.”

Chancellor follows Cowen’s observation with that of Michael Burry, lionized in Michael Lewis’s The Big Short: “The zero interest-rate policy broke the social contract for generations of hardworking Americans who saved for retirement, only to find their savings are not nearly enough.”

Chancellor himself then observes that “an increasing number of Americans were forced to work beyond the traditional retirement age. For younger workers, the dream of enjoying a comfortable old age would remain a dream — another illusion of wealth. Pensioners faced the prospect of their nest eggs running out.”

One of this book’s joys is its relevance to both political policy and personal finance, and were I to fault Chancellor’s marvelous volume for anything, it would be for not exploring these areas further. He devotes only a few paragraphs, for example, to the obvious relationship between the financialization-derived increase in inequality and the worldwide rise of authoritarian populism. In the words of one observer, “The pitchforks are coming.”

Chancellor also could have devoted more ink to discussing just who are the demographic winners and losers in a financial landscape of universal asset bloat. He alludes only briefly to the fact that for as long as their assets remain inflated, elderly retirees can generously fund their consumption by selling them, while young savers will find it impossible to fund their golden years with low-returning portfolios. Worse, pension systems, particularly outside the United States, may find themselves trapped in an “Ilmanen spiral” in which they respond to low expected returns with increased funding, which, in turn, further drives up valuations and lowers expected returns even more.

Perhaps the book’s most serious omission is its neglect of the absence of a US central bank between 1837 and 1914, a period that saw frequent, devastating financial crises. (Charles P. Kindleberger and Robert Z. Alibe’s magisterial Manias, Panics, and Crashes, for example, lists 17 panics during the 19th century, but only 11 during the 20th.) One wonders what lessons the hiatus of central bank supervision held for the author.

The aforementioned omissions are tiny quibbles; Chancellor’s encyclopedic grasp of economic history shines through on nearly every page, sometimes with a playful whimsy. Why, for example, does he tell the story of an obscure early 20th century gadfly named Silvio Gesell, who, in order to increase Depression-era spending, proposed a new currency that required a stamp every week that reduced its value by 5%? So that a few pages later, he could connect it with Kenneth Rogoff’s seriously taken proposal to outlaw cash in order to allow central banks to accomplish the same thing.

Besides being a first-rate economic historian, Chancellor is also a master wordsmith; almost unique among serious finance books, The Price of Time serves well as bedtime reading. The book is well larded with amusing anecdotes, such as Bagehot’s mention of a circa 1800 “corporation for shipping [ice] skates to the Torrid Zone” and of the retired Paul Volcker loudly blowing his nose in disapproval as Janet Yellen explained her support of low rates. On observing the purchase of zero- and negative-yielding bonds with the expectation of further yield falls, Chancellor notes that “it could be said (with more or less a straight face) that investors should buy negative-yielding bonds for capital gains and equities for income.”

More than 20 years ago, Edward Chancellor’s Devil Take the Hindmost supplied readers with one of the most engaging and incisive descriptions of financial manias ever written. That was a hard act to follow, but The Price of Time nicely fills the bill; it is a serious work of political economy that is part comprehensive guide to the world financial system’s greatest peril and part literary chocolate torte.

All posts are the opinion of the author. As such, they should not be construed as investment advice, nor do the opinions expressed necessarily reflect the views of CFA Institute or the author’s employer.

William J. Bernstein is a neurologist, co-founder of Efficient Frontier Advisors, an investment management firm, and has written several titles on finance and economic history. He has contributed to the peer-reviewed finance literature and has written for several national publications, including Money Magazine and The Wall Street Journal. He has produced several finance titles, and also three volumes of history, The Birth of Plenty, A Splendid Exchange, and Masters of the Word, about, respectively, the economic growth inflection of the early 19th century, the history of world trade, and the effects of access to technology on human relations and politics. He was also the 2017 winner of the James R. Vertin Award from CFA Institute.