Turkey: The Trouble with Debt-Driven Growth 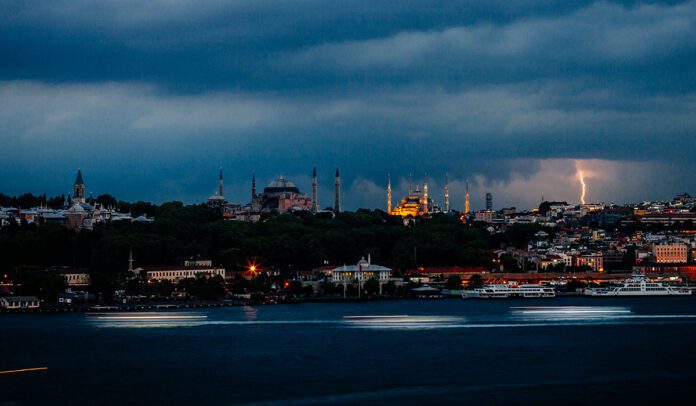 Turkey has enjoyed strong economic growth over the last 20 years. Unfortunately, much of this expansion has been driven by debt-fueled infrastructure spending. This excessive debt accumulation has had significant repercussions that have created severe imbalances in Turkey’s economy.

As the global economic outlook has deteriorated in the face of rising inflation, the ongoing pandemic, and geopolitical instability, the headwinds Turkey is facing have only grown stronger. As a result, the nation’s current economic crisis is likely to intensify further.

After a “lost decade” in the 1990s, Turkey embarked on a prolonged period of robust economic growth. Indeed, its GDP expanded at an annual rate of 4.6% from 2002 to 2020. However, this expansion was not generated by its usual driver — household consumption — but by infrastructure spending and other capital expenditures. While this boosted growth, it also saddled the economy with several long-term problems:

Turkey adopted loose monetary and fiscal policies to fuel its economic expansion. That growth was achieved, but high inflation and excessive debt came with it. Turkey’s CPI rose to an astounding 54.4% in February 2022 and is still climbing. This has reduced consumer purchasing power and the overall competitiveness of Turkish industry, not to mention the value of the Turkish lira.

Turkey’s GDP growth has been facilitated by excessive leverage. The country’s gross non-financial-sector debt has more than quadrupled, rising from $211 billion in 2000 to $871 billion in 2020. By comparison, the country’s GDP only expanded by 270% in US dollar terms. As a consequence, the total debt burden of the economy increased from 77% of GDP in 2000 to 129% in 2020.

Turkey’s Non-Financial-Sector Debt as a Percentage of GDP

Moreover, much of this debt originates from foreign sources: The country’s total external debt adds up to approximately 60% of GDP. For a country running on twin deficits, this debt trajectory is unsustainable.

Turkey’s infrastructure spending hasn’t benefitted other sectors of its economy all that much. The country’s primary economic driver, household spending, has actually weakened during the 20 years of expansion, falling from 69% of GDP in the first quarter of 2000 to 55% of GDP in 2020.

Net exports have also stagnated as a proportion of GDP. As a result, the economy has become even more dependent on infrastructure spending and expanding debt.

Turkey’s economic model hinges on the availability of easy credit, regardless of the country’s ability to repay it. Amid the darkening global outlook and the worsening domestic situation, that credit will not be so readily available. And that will only further warp Turkey’s economy.

With the rapid decline in the lira, the country’s external debt is already growing more expensive, and amid monetary tightening in the United States and Europe, credit will be harder and harder to come by.

Turkey’s Current Account Balance as a Percentage of GDP

Rampant inflation, a heavy debt load, and high unemployment mean that the Turkish economy faces considerable instability. Meanwhile, consumer spending is falling and the country’s economic competitiveness seems to be declining as it trades less with developed markets and more with emerging markets.

Continuing on the current debt-driven growth path will only exacerbate Turkey’s problems: Indeed, it could lead to a deeper recession or, even worse, prolonged stagflation. External events like rising inflation and the Russia–Ukraine War will constitute further drags on Turkish growth.

Previous economic crises in Turkey in 1958 and in the 1970s and 1990s followed a similar pattern of excessive inflation, elevated current account deficits, and a cratering lira. History suggests a need for caution.

Government Is Not Helping

The Turkish government’s economic policies do not indicate the necessary course correction is being made. The nation’s leaders look to be prioritizing political objectives over economic stability. Moreover, a lack of independent institutions makes a balanced policy more difficult to achieve.

Turkey’s economic growth path offers a lesson for other developing nations that depend on debt for growth: An overreliance on leverage creates economic distortions that can have profound consequences.

All posts are the opinion of the author. As such, they should not be construed as investment advice, nor do the opinions expressed necessarily reflect the views of CFA Institute or the author’s employer.

Dhruv Goyal, CFA, is the founder of Earthen Street Capital. He specializes in global macro research, and sovereign bond and currency investments. He has more than 15 years experience in the industry and has previously worked with Nationwide Insurance, Wisconsin Alumni Research Foundation, and CUNA Mutual Group in the United States. He holds an MBA from University of Wisconsin-Madison and is a CFA charterholder.

Is This Crypto Rewards Card Worth It?

The sheeple of the EU are going to get exactly what they deserve for letting this Keynesian fraudster destroy the value of their currency,...

Lenders need to stop ‘checking boxes’ for DEI to flourish